Too funny.
That line got me thinking, how many people have you Inception banged?
I’ve had that experience & it doesn’t bother me until I dream of a close friend.
Once that happens I feel so awkward that I just have to tell them.
No, not for dirty reasons. Get your mind out of my gutter!
I just do it to get it off my chest before I hurt myself while trying to avoid them.

Posted on September 17, 2011 by The Wandering Mind 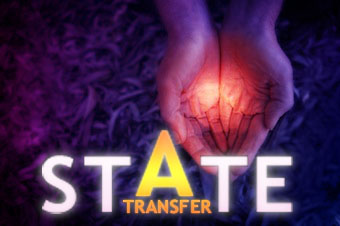 Have you ever been in a bad mood, and a friend came by in a really great, excited mood?
Your mood probably changed, and you found yourself smiling and cheering up in spite of yourself.

This is how humans hypnotize each other in everyday life – we transfer our states (of energy/emotion) to each other.
END_OF_DOCUMENT_TOKEN_TO_BE_REPLACED

I just woke up from a dream where a friend of mine locked lips with me again and again, with each kiss getting hotter than the last and I am confused….and aroused, but mostly confused. Let me back up and explain how I got to this point.

END_OF_DOCUMENT_TOKEN_TO_BE_REPLACED

I am made of the simplest of things.
My outer material is nothing more than the remnants of words.
I am breaking down every word to its last syllable in hopes that I’ll find where my choice of words began.
Language is a virus and we are its carriers.
Like a newborn, I am crying out to be heard, but what am I to say?
Should I say how I really feel?

The heart has its reasons, that reason does not know,
that’s why feelings of aggression are the absence of the love drunk in our veins.
It’s when you don’t say anything that I understand, but when you deny it, that I can’t stand.
I know you, you made me.
Before I was birthed, I was a part of you.
You carried me around like I was your handbag, full of everything that you needed to survive.
Even now, I am still full of you.

You called on me as I was reaching out for you;
somehow we cancelled each other out despite our connection and intentions.
I wanted to hear from you, you know that I did.
You wanted to feel something familiar, I know that you did.
It’s what you couldn’t say aloud that made me move closer.
Your every word is translated through the motions that you make as emotions draw across your face.
Maybe if we were strangers in paradise something might have been lost in translation,
but we’re not and I am reminded of this as our silent conversation carries on.
All the rest is noise.

Posted on October 3, 2010 by The Wandering Mind

I have struggled in various ways, but lately I’ve found and acknowledged that some of my hardest shortcomings have been caused by me, and my lack of foresight. I’ve never considered myself to be impulsive or spontaneous, but instead patient, predictable (and no I don’t mean reliable). Sure people can always depend on me to listen to them & find a way to make them smile, but rarely have I ever felt needed. I feel as though another person could fill my spot and in my absence they’d do for them what I could only hope to do with the best of intentions.

Can they get from someone else whatever it is that they find lacking in my presence?

Maybe I’m being selfish, but lately I feel as though I spend so much time and energy helping others and yet I don’t have a clue as to how I can do the same for myself. I’ve tried to see myself as someone else in hopes that I would jump to my own rescue with the same caliber of resilience, intelligence and resourcefulness that I seem to display with others, but no such luck. It’s like suffering from “writer’s block”, I can have the greatest story in the world, but that story is literally nothing until it has been brought to life through the words and actions that I have chosen.

Each story needs a beginning, middle and end; but what becomes of the characters when there is no visible end in sight?

With each action mapped out, branching off into a potential destiny, I have to wonder if this endgame will turn out as I’ve envisioned it. To even call these random flickers I’ve been dreaming up lately anything short of visions would be a great disservice, not only to my hopes and dreams, but to the people and events which have helped mold me into the person I am becoming and embracing. I was told that there is a time and place for everything, and in time my place in everything would become clear. That hint of knowledge was dropped on me by a rather tasty fortune cookie by the way.
But for now, I cannot live for the future, but for the present which is before me.

For now all I can do is try, and hope that I will make a difference in a positive way.